Why I am called General Bello – Kannywood’s Mohammed Bello

Home » Why I am called General Bello – Kannywood’s Mohammed Bello

Known as Kannywood’s “1st civilian general,” Bello Mohammed Bello is a household name in the industry.

According to Bello, he got the nickname from his colleagues, school mates, fans and friends.

“I excel in whatever that comes my way. I’m good at acting, scriptwriting, producing, directing, music scoring, editing and also I sing. In all, I have made a reasonable mark to some extent that one must call me a General,” he told PREMIUM TIMES. 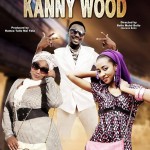 He said he learnt some of the languages through his travels.

He said he was yet to come across another Kannywood celebrity or even Nollywood who can speak as much languages as he can.

“They might exist but maybe I have not come across one yet. For now, I think I am the only one, and the only General Bello Mohammed Bello.”

According to Bello, his life and career all started in Jos, Plateau State, his birth place and home.

“I have had this desire since childhood to make a mark in anything I do. I strive hard to make sure I am always the best. During my school days I was a very good football player. I was the best basketball player of my time, and I won several medals playing table tennis also I have won for my boxing club several wining belts defeating opponents during boxing matches,” he boasted. 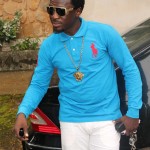 Film and acting has always been his ambition and Jos, being within the hub of the northern film industry, Bello was quick to take advantage of that.

He noted, since he joined, the industry had really improved beyond everyone’s expectations, especially in terms of budgeting, modern gadgets and operators.

“I can boldly say that Kannywood is a stone throw away from Nollywood. We have girded up our loins and we will soon catch up with them,” he said.

On feuds between him and other Kannywood stars such as Ali Nuhu, Adam Zango, he said, he always has a very good time with his colleagues.

“All of us are one family. I, personally, am having a good ride in Kannywood with my pals and colleagues, but I might be tough if one crosses my way in whatever means to discomfort me. There, I shall not relent to hit back, but all in all, we are one big happy family in Kannywood,” he said. 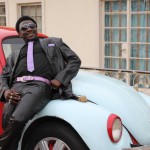 A multiple award-winning actor and producer, one of his outstanding roles was in Hanyar Kano.

“People speak so much about my role in the film, Hanyar Kano, but the role I played in the film was my simplest ever. I was just doing what I know best, that is acting, and I gave my producer what he deserved,” he said.

He said the entertainment industry should expect more from him as his best was yet to come.

“My best is yet to come Insha Allah,” he said.

Ribadu has defected, deal with It!